It’s now officially summer as the season transitioned on Tuesday and boy don’t we know it!

Kentucky Lake’s fishing scene has been under a summer spell now for several weeks as above average temperatures have been calling the shots for a lot of anglers, some of which have opted out of going altogether.

However, there are others who have been hitting the lake in the wee hours of the morning and logging some pretty good fishing time in before pitching in the towel at midmorning. Actually it hasn’t been too bad with a light wind helps out before the sun gets too high in the sky.

Lake levels this week are staying around the summer pool elevation of 359. Surface temperatures are starting out the day around 84 degrees and climbing to the 88 degree range at midday. Some anglers have reported 89 degree water already. Water color is clear.

Reports from catfishermen have been pretty good again this week. Several hefty stringers have been taken from boaters drifting with the current along the main channel banks as they stalk the 35 to 50 foot depths.

A lot of fishermen are bumping bottom with a double hook rig while others are paying close attention to their sonar units and often finding the fish a bit suspended up off the bottom.

Some days there has been sufficient current that stimulated a good bite. There have been a few days when anglers wished for more current as the bite diminishes when a lazy current dominates.

Lately Tennessee Valley Authority has been pulling around 22,000 cubic feet per second on a daily basis which is enough to keep sufficient water moving and stir up plankton to the extent schools of shad are out and about feeding.

Without current most catfishermen agree the battle is uphill. If baitfish schools don’t move around then larger fish aren’t out on the prowl.

The majority of anglers are crediting their catches to nightcrawlers, big minnows, chicken livers, shrimp or leeches. Some of the commercial stinkbaits are also producing. And, some anglers have special marinades they like to soak their chicken livers or hot dogs cuts in.

Rise and shine early and take advantage of the decent temperatures before an unforgiving midday sun takes over.

Bass anglers have been on a ledge pattern lately and stalking those main lake drop-offs and humps. Like the catfishing fraternity they thrive on moving water and need some current to stimulate the bite from sluggish summer bass.

For most it has been hit and miss as to finding fish playing their game out on the main lake sandbars. Some mornings the current is not moving and it hasn’t kicked in until mid-morning or midday sometimes.

That’s hurt the bite for anglers tossing big deep diving crankbaits, Texas rigged worms, Carolina rigs and swimbaits. However, things can change quickly out there once current kicks in as the bite can improve rather quickly once the water starts moving.

Meanwhile, there always seems to be a few fish shallow on Kentucky Lake even during hot weather and high surface temperatures.

More schools of pin minnows have been observed roaming the weedbeds and shallow buck bushes lately. Also holding baitfish are blowdowns along river islands where the minnows are holding.

Tossing a Texas rigged worm or spinnerbait continues to produce if anglers can locate the schools of tiny pin minnows. Shallow running crankbaits can work too.

Bass feed on the flies too but they also feed on the abundance of bluegill and sunfish that are drawn shallow by the mayflies.

Mayfly hatches still lure a few flyrod enthusiasts to the lake as the feeding frenzies that occur are meccas for anglers who love the challenge and opportunities.

Tossing a popping bug with a sinking nymph tied on down the leader will put the user in touch with all sorts of fish that participate in the feeding frenzies. From bass to bluegill and several other species the opportunity for some fast action is there, especially during the lowlight hours of early morning and late afternoon.

Reports from all up and down the reservoir have come in this week of massive mayfly hatches scattered about.

Anglers can not only apply a flyrod but cast ultra-light spinning tackle with small grubs or beetle spin style lures to catch lots of fish around the mayfly hatches. Casting a live cricket beneath a bobber will work great too.

It’s a wonderful time to introduce a kid or novice anglers to the fishing scene.

Summer crappie anglers are scoring a few catches by getting out early and beating the heat. Some stringers were taken this week by anglers trolling crankbaits out over main lake ledges.

Depths of 12 to 15 feet have produced a few fish from main lake sandbars as anglers pull crankbaits.

A few boats are still vertical fishing jigs and minnows at times over stakebeds and deep brushpiles. Fish have been scattered but they have managed to land enough fish to keep it interesting.

Sooner or later anglers will get a reprieve from the blast of unusually hot weather June has delivered. 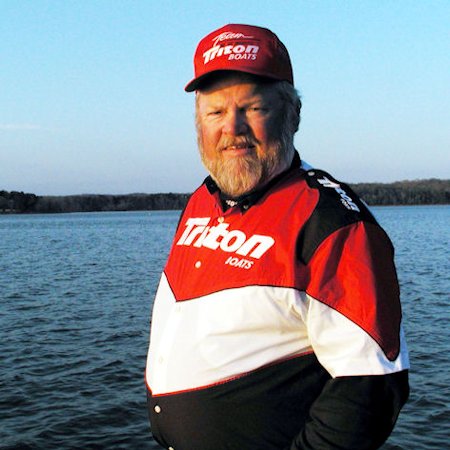 Steve has been fishing professionally for over 40 years on Kentucky Lake. He is a member of the National Fresh Water Fishing Hall of Hame and Legends of the Outdoors. Steve also guides for ducks during the season.