One mile above the dam is a canal connecting Lake Barkley with Kentucky Lake, forming one of the greatest freshwater recreational complexes in the country. The lakes run parallel courses for more than 50 miles with Land Between the Lakes National Recreational Area located between them. Lake Barkley is 134 miles long with a shoreline measuring 1,004 miles.

As with the formation of Kentucky Lake, communities were flooded in the 1960's to build Lake Barkley. You may hear someone refer to Eddyville and "Old Eddyville", as well as Kuttawa and "Old Kuttawa". The "Old" areas were the portions of the cities that were left above the water after the areas were flooded. You will notice these old areas are now lakefront.

The present day cities were created after the lake was formed. Old foundations and streets, previously flooded, are still visible during winter pool. Highways were even relocated including US 68 and US 62 along with state routes and smaller streets. The Illinois Central Railroad was relocated and can still be seen on satellite images online. 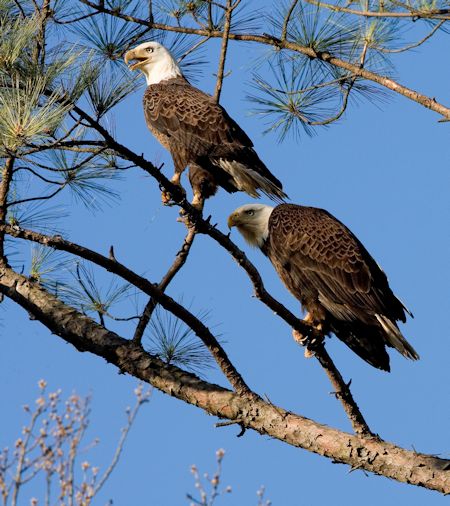 Lake Barkley provides a variety of outdoor recreational opportunities for millions of visitors each year. Natural conditions at Lake Barkley make it possible for the public to participate in activities such as hiking, fishing, hunting, camping, picnicking, and boating.

In addition, Fort Donelson, located at Dover, Tenn. is a great place to connect with Civil War history. Other historic attractions, commercial marinas, public parks and wildlife refuges can be found at Lake Barkley.

Barkley is a multiple-purpose project designed for flood control, navigation, and hydropower. Two additional purposes for which Lake Barkley is managed are recreation and fish and wildlife.

Lake Barkley belongs to its visitors. Treat the area with respect by keeping it clean and attractive. Enjoy yourself, have a safe visit, and come again.

Barkley Dam was authorized in the River and Harbor Act of 1954. The project was first identified as the Lower Cumberland Project, but was later redesignated as Barkley Lock and Dam and Lake Barkley in honor of the late Alben W. Barkley, the 35th vice president of the United States and late senator and a Paducah, Kentucky native.

One unique feature of Lake Barkley is the interconnecting canal between Lake Barkley and Kentucky Lake. The Lake Barkley entrance is approximately 2.2 river miles above Barkley Dam with the Tennessee River entrance located about 2.9 miles upstream from Kentucky Dam. The canal, with a bottom width of 400 feet and a length of 1.75 miles, provides a navigable channel for both commerce and recreation craft moving on the two waterways. 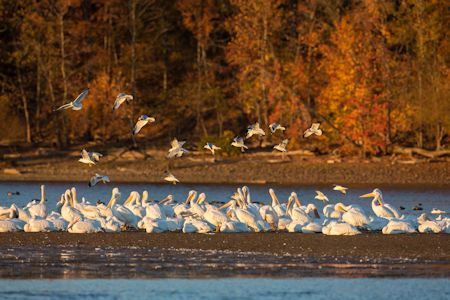 Wildlife in the shallows of Lake Barkley. Photo by Marty Colburn.

Both reservoirs are operated as a unit for flood control and the production of hydroelectric power.

The navigation lock is located on the left bank of the main dam structure. The lock was opened to navigation in July of 1964 and has clear chamber dimensions of 800' x 110' x 57'. The gravity fill and empty system, exchanges 37,500,000 gallons of water per lockage. The lock is operated 24 hours per day with one operator per shift.

The Barkley Power Plant started operation in early 1966 when the first of its four units were placed on line. Each of Barkley's four generators is capable of producing 32,500-kilowatt hours.

The lake's level is fluctuated from summer to winter for flood control purposes. Summer pool (359 ft. sea level) is normally reached by May 1. The water level begins dropping gradually on July 1, and winter pool (354 ft.) is reached by December 1. The spring rise starts April 1. The lake's water surface area varies accordingly from 57,920 acres at summer pool to 45,210 acres at winter pool.